Libya is all about regime change

“If we tried to overthrow Gaddafi by force our coalition would splinter. We would likely have to put US troops on the ground to accomplish that mission or risk killing many civilians from the air,” he said.

“To be blunt, we went down that road in Iraq… but regime change there took eight years, thousands of American and Iraqi lives, and nearly $1 trillion. That is not something we can afford to repeat in Libya.”

However in an open letter from the heads of states in the UK, US and France, was it contradictory to what Obama stated last month.

Together with our Nato allies and coalition partners, the United States, France and Britain have been united at the UN Security Council, as well as the following Paris Conference, in building a broad-based coalition to respond to the crisis in Libya. We are equally united on what needs to happen to end it.

Even as we continue military operations today to protect civilians in Libya, we are determined to look to the future. We are convinced that better times lie ahead for the people of Libya, and a pathway can be forged to achieve just that.

We must never forget the reasons why the international community was obliged to act in the first place. As Libya descended into chaos with Colonel Gaddafi attacking his own people, the Arab League called for action. The Libyan opposition called for help. And the people of Libya looked to the world in their hour of need.

In an historic resolution, the United Nations Security Council authorised all necessary measures to protect the people of Libya from the attacks upon them. By responding immediately, our countries halted the advance of Gaddafi’s forces. The bloodbath that he had promised to inflict on the citizens of the besieged city of Benghazi has been prevented.

Tens of thousands of lives have been protected. But the people of Libya are suffering terrible horrors at Gaddafi’s hands each and every day. His rockets and his shells rained down on defenceless civilians in Ajdabiya. The city of Misrata is enduring a medieval siege as Gaddafi tries to strangle its population into submission. The evidence of disappearances and abuses grows daily.

Our duty and our mandate under UN Security Council Resolution 1973 is to protect civilians, and we are doing that. It is not to remove Gaddafi by force. But it is impossible to imagine a future for Libya with Gaddafi in power. The International Criminal Court is rightly investigating the crimes committed against civilians and the grievous violations of international law. It is unthinkable that someone who has tried to massacre his own people can play a part in their future government. The brave citizens of those towns that have held out against forces that have been mercilessly targeting them would face a fearful vengeance if the world accepted such an arrangement. It would be an unconscionable betrayal.

Furthermore, it would condemn Libya to being not only a pariah state, but a failed state too. Gaddafi has promised to carry out terrorist attacks against civilian ships and airliners. And because he has lost the consent of his people any deal that leaves him in power would lead to further chaos and lawlessness. We know from bitter experience what that would mean. Neither Europe, the region nor the world can afford a new safe haven for extremists.

There is a pathway to peace that promises new hope for the people of Libya: a future without Gaddafi that preserves Libya’s integrity and sovereignty and restores her economy and the prosperity and security of her people. This needs to begin with a genuine end to violence, marked by deeds, not words. The regime has to pull back from the cities it is besieging, including Ajdabiya, Misrata and Zintan, and its forces return to their barracks.

However, so long as Gaddafi is in power, Nato and its coalition partners must maintain their operations so that civilians remain protected and the pressure on the regime builds. Then a genuine transition from dictatorship to an inclusive constitutional process can really begin, led by a new generation of leaders. For that transition to succeed, Colonel Gaddafi must go, and go for good. At that point, the United Nations and its members should help the Libyan people as they rebuild where Gaddafi has destroyed – to repair homes and hospitals, to restore basic utilities, and to assist Libyans as they develop the institutions to underpin a prosperous and open society.

This vision for the future of Libya has the support of a broad coalition of countries, including many from the Arab world. These countries came together in London on March 29 and founded a contact group that met this week in Doha to support a solution to the crisis that respects the will of the Libyan people.

Today Nato and its coalition partners are acting in the name of the United Nations with an unprecedented international legal mandate. But it will be the people of Libya, not the UN, who choose their new constitution, elect their new leaders and write the next chapter in their history.

Britain, France and the United States will not rest until the United Nations Security Council resolutions have been implemented and the Libyan people can choose their own future.

Obama clearly stated that intervention was not about regime change, but this letter states that it is about regime change, however through the idea of protecting the Libyan people. Obama says that the Libyan people will need to shape their future, but currently, as it stands militarily, the Libyan-rebels are losing. They’ve lost towns and cities and are currently under-siege in Misrata. Perhaps this letter wasn’t as contradictory as I thought.

Essentially he is saying that the Libyan people need to oust Col. Gadaffi out, but that would require stepped up attacks by NATO with a higher amount of air strikes. Or the armament of Libyan-rebels, which would then require training. But that has been ruled out by the UK, who have stated they would only provide communication equipment.

A Conservative (UK) MP recently said that regime change is illegal under international law. But this open letter published by the three highest offices in their respective countries, doesn’t really say that the west will be doing the regime changing. – Rather the people of Libya would have to do the regime changing, but this isn’t possible without the force of NATO helping them along the way, but if it’s illegal then there are further motives behind the idea of protecting the civilian population. – As the idea is that so as long as Col. Gadaffi is in power, the Libyan people are not safe. After all, he has openly threatened his own people and through actions the world has seen, he has had mercenaries fire on peaceful protesters.

Whatever the case maybe, NATO will need to step up on the air attacks otherwise the Libyan-rebels will simply get overrun. It is Col. Gadaffi that can wait, he has the larger force, the more coordinated force to deal with his own problem and far larger logistics than what the rebels have. If it were not for UN/NATO intervention they would have been crushed already especially so in Benghazi, however air strikes stopped the advanced of pro-Gadaffi forces there.

Inadvertently, it is all about regime change, but it is clearly the coalition that will not be doing the regime change openly, but that responsibility is given to the Libyan people. 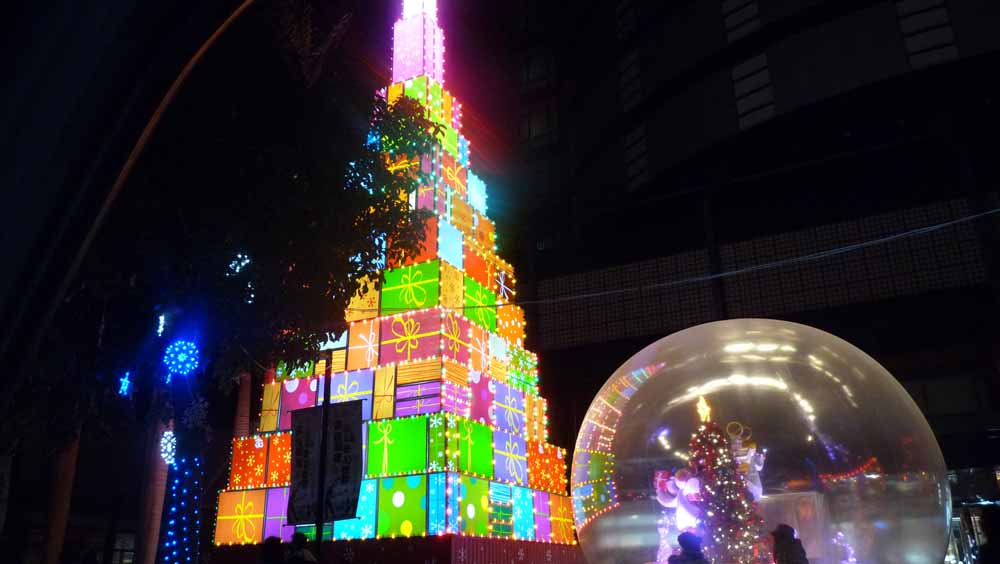 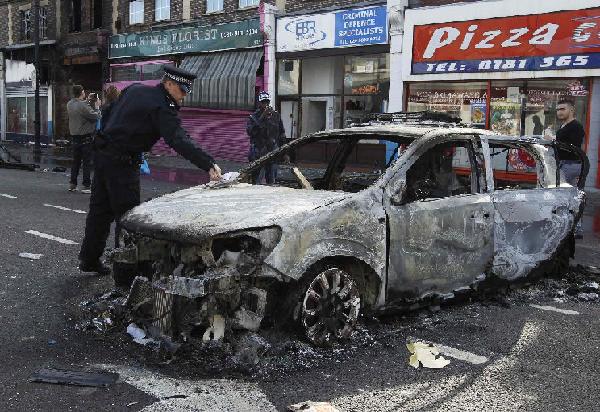 Riots in London, no protests 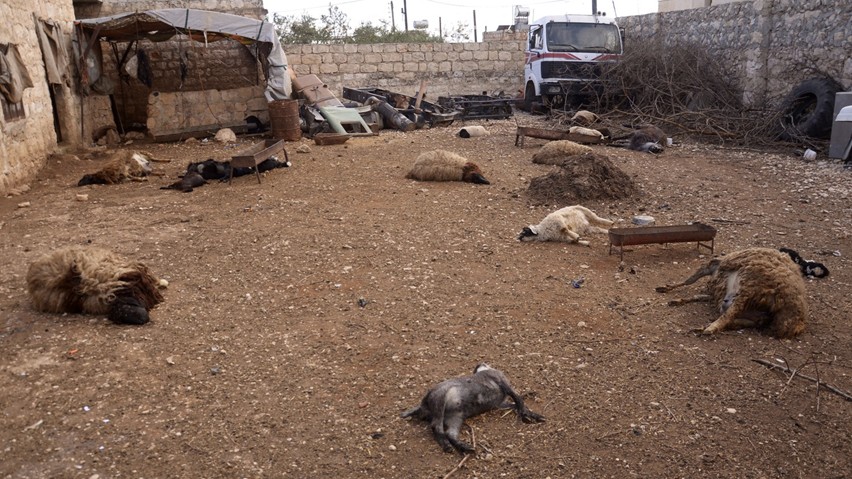 Why the UK should not be involved with Syria 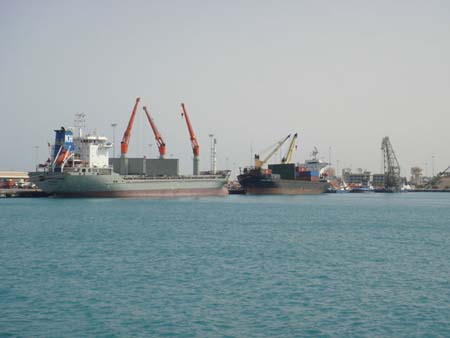 Misrata under attack by cluster bombs