Attack to avenge the death of Osama Bin Laden

After the death of Osama bin Laden, by U.S. special forces under closed eye conditions without the permission of Pakistan’s government, the Pakistani Taliban vowed to avenge to the death of bin Laden. It didn’t take long. Today the BBC reported an explosion which took the lives of 80 people with 120 wounded.

The story is that a suicide bomber, charged on a bike toward recruits of the Frontier Constabulary who were on leave after finishing their course. The bike charged at the recruits, then when other recruits went to help, a second attack occurred and another suicide bomber [On a bike] charged the recruits who were helping the people in the first suicide attack.

Of the casualties 66 were of the recruits the rest are said to be civilian casualties.

A Taliban spokesman, named as Ehasnullah Ehsan told Reuters by phone that: “It’s the first revenge for the martyrdom of… Bin Laden. There will be more,”

It definitely shows that the Taliban and its leadership were not kidding when they vowed to avenge the death of Osama bin Laden.

The Pakistani’s suggest this is their cost on the western-led “war on terrorism”. According to a recent report by a Qatari newspaper, it stated that over 9,000 civilians [Not including security forces] have died and an estimated cost of $24 billion dollars has been spent by Pakistan to combat terrorism. – Since 2003, when the U.S.-UK led invasion of Afghanistan. By the end of 2009, Pakistan had endured over 200 suicide attacks.

Should Iran be stopped? 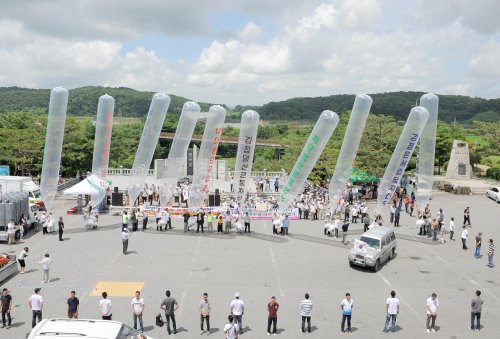